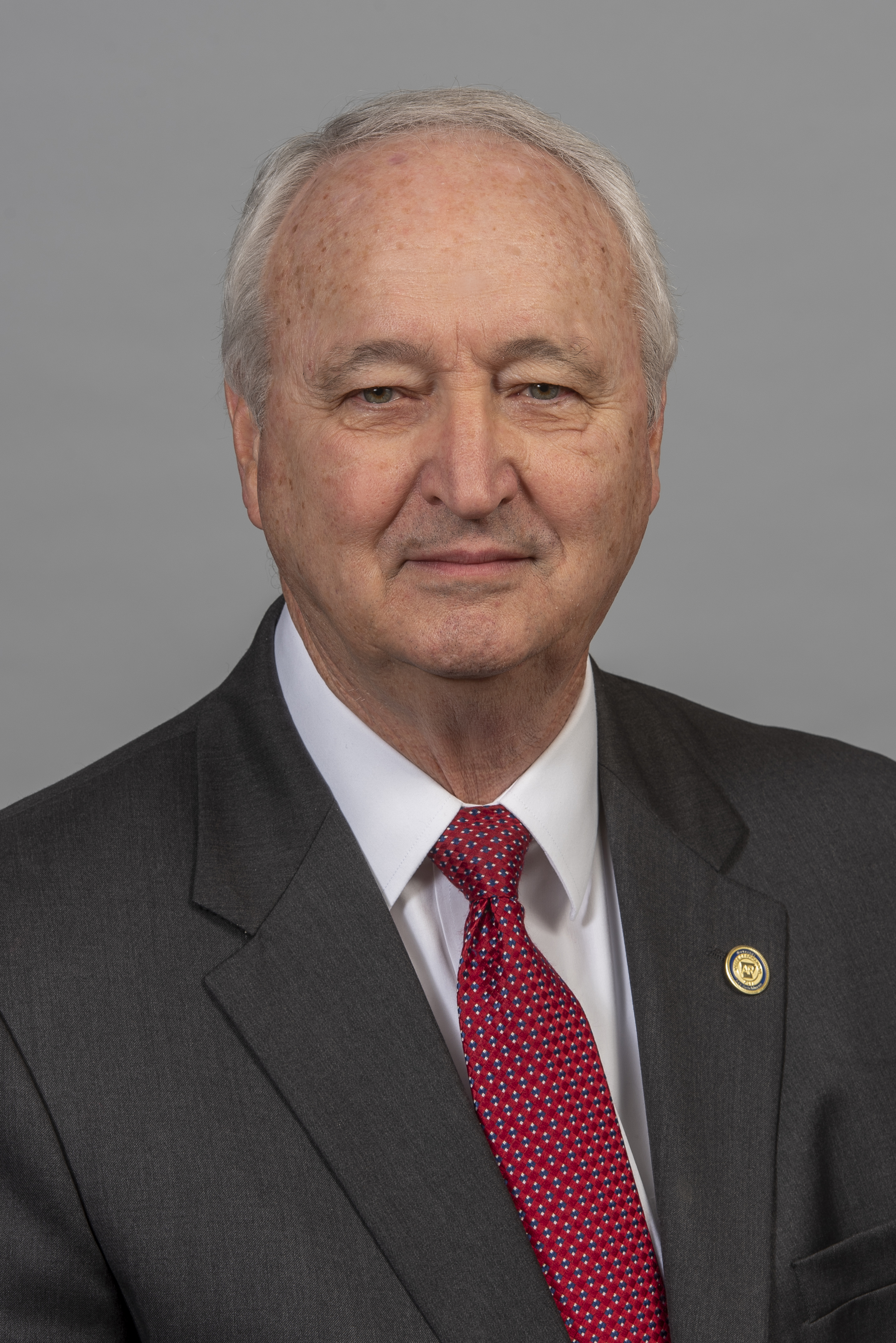 Larry Walther began his career as an Engineer at SBC Communications, rising to the role of Vice President of Corporate Services and also serving as Chairman of SBC’s Foundation.

Following his extensive career with SBC, now AT&T, Walther has received appointments to serve in the administrations of two Arkansas Governors along with appointments from two U.S. Presidents, including leading a federal agency.

He moved from a position in state government leadership to a federal leadership position in 2008 when President George W. Bush nominated him to serve as Director of the U.S. Trade and Development Agency (USTDA), a nomination confirmed by the U.S. Senate. In 2011, Walther received a second presidential nomination when President Obama nominated him to serve on the Board of Directors for the Export-Import Bank of the United States, again receiving U.S. Senate confirmation.

In January 2015, Arkansas Governor Asa Hutchinson announced the appointment of Mr. Walther as Chief Fiscal Officer for the State of Arkansas and Director of the Department of Finance and Administration (DFA). Under his leadership, DFA has transformed the ways in which services are provided to Arkansans. When he joined DFA, one Revenue Office-related service was available online (renewal of car tags). He led an effort to move as many of these services online as possible, understanding the time and effort this would save citizens. As a result, the majority of Revenue Office-related services may now be completed on DFA websites, from ordering a duplicate driver’s license to transferring vehicle ownership. In early 2018, Director Walther joined Governor Hutchinson to announce Arkansas is among the first states in the country to make online vehicle registration available to citizens.

Mr. Walther serves on the Board of Trustees of the College of the Ozarks in Point Lookout, Missouri, since 1992, serving as Chairman of the Board from 2001 to 2007. In December 2010, he was elected Treasurer of the Republican Party of Arkansas. Mr. Walther has also been a member of the Executive Board for Quapaw Area Boy Scouts, Downtown Little Rock Rotary, the University of Arkansas for Medical Sciences’ BioVentures Advisory Board and Easter Seals Arkansas’ Board. He currently serves as a member of the University of Arkansas Walton School of Business Dean’s Executive Advisory Board.

He is actively involved at Immanuel Baptist Church in Little Rock. He and wife Janice, married for more than 48 years, have two children, Bill and Mandy, and seven grandchildren. He is a graduate of the University of Arkansas at Monticello.

Paul Louthian is a Certified Public Accountant licensed to practice in the State of Arkansas since 1980.  Paul graduated from the University of Central Arkansas in 1978 and began his accounting career at Russell Brown and Company CPAs in January 1979.  Paul has been a controller of businesses operating in the wholesale/retail, real estate appraisal, cookie manufacturing, as well as an audit supervisor for the Arkansas Public Service Commission and the Problem Resolution Officer for the State of Arkansas, Department of Finance and Administration.

He is a member of the Arkansas Society of Public Accountants.

Alan McVey will serve DFA as Chief of Staff and Chief Fiscal Officer. Mr. McVey joins DFA from the Office of Child Support Enforcement where he has served as the Administrator since April 2015. Prior to this, he was the Executive Director for the Delta Center for Economic Development and Deputy Director for the Arkansas Economic Development Commission. A graduate of the University of Arkansas at Little Rock, he and his wife, Molly, live in Little Rock and have one daughter and four grandchildren.

Charlie Collins graduated from the US Naval Academy and served as a Naval Intelligence Officer aboard an Aircraft Carrier.  He then joined Procter & Gamble (P&G) and worked in headquarter Sales & Marketing roles.  P&G moved him to Arkansas in 1996 to work on the Wal-Mart and Sam’s Club business. More recently, Charlie served in the Arkansas state legislature for 8 years before joining state government with DFA as an employee in the Budget Office. He also worked as Chief Innovation Officer for the newly formed Transformation & Shared Services Department.  He was excited and honored to be selected to rejoin DFA as Commissioner of Revenue in late 2019.

Check out all the ways DFA can serve you.